Supper Is Ready – by Muse

Memories of my childhood days bring back the sharp pungent smell of river catfish, the earthy smell of sweet golden corn, the light buttery smell of mashed potatoes, the floury smell of homemade biscuits and the delicious aroma of fresh apples being stewed in sugar and cinnamon. Even though supper was not served until the sun started fading in the sky, my Nanny would start laboring in the kitchen long before.

She always seemed at home in that tiny over-furnished space. Nanny was a big woman of Irish/German descent. She carried her weight in a most dignified manner. And I loved the very essence of her soul. She was a lantern in the dark days of my life, forever reminding me that there were reasons to dream. Even while she shuffled across the old pine floor, her body appeared to waltz…she moved with the fluidity of an artist. In her own right, my Nanny was truly a master chef.

There were no recipes in that old kitchen. Store bought sundries were infrequent at best. Nanny instinctively knew how much salt one dish called for and what amount of tangy spices went into the next. The large fireplace was used for cooking as readily as the old wood stove. And the ice box, was just that…for there was no refrigerator, microwave or dishwasher, in that kitchen of my youth. Above all the pieces in the kitchen, I can so vividly recall the white antique wood stove. It seemed like a behemoth! Its massive doors held scrumptious pies and wonderful cakes made from scratch. When the stove was on, not only did it heat the edibles inside, but the entire house. I recall fondly how proud my Nanny was to own a white wood stove. The kitchen was at the very end of my grandparent’s home. It was a collection of furnishings, mostly handmade, which created workspace and storage. And somehow, my Poppy had managed to create a table that just fit near the farthest wall. This was officially referred to as the dining room.

While Nanny labored over the stove, that was not the only job which required attention in that tiny farm kitchen. There was much more to be done and for that, grand-children were utilized like an infantry unit. There were times I was on table-setting duty, which required pulling out ancient china plates from the cherry storage trunk of my great-great grandfather. I cringe now, as I recall the childhood awkwardness which we displayed. I wonder if we would have been more careful had we known what great treasures those lovely hand-painted Bavarian plates really were. The Irish crystal glasses were also hallmarks of heritage, unrealized at the time. Myriads of shapes and sizes, hand-blown by master craftsmen from my family line…alas, it was very rare that any four glasses ever matched.

Loud boisterous voices could always be heard echoing from the front of the house to the back. Why walk a few steps, when a shout would do? The house was filled to the brim with family. Silence was unknown. Why even the house itself seemed to participate in our symphony. There were front screen doors whose aged wood creaked and whose metal latches clanged each time the old doors slammed shut. Like instruments in an orchestra, each one of us seemed to play a recurring note. There was always a young child crying impatiently for supper which was not quite ready. My Poppy’s low bass tone frantically yelling for someone to bring him the “swatter”…as a determined fly would not be swished away. He rarely visited the kitchen as anything other than a willing participant in a taste test. He would last as long as he could, rocking on the front porch surrounded by hoards of giggling and arguing grandchildren. He would then mumble a few forbidden words, push heartily on the rocker’s arms and head toward the front door. Returning only after he was sufficiently armed with the “swatter” (a burlap feed-sack square attached to a hickory stick). No fly ever had a chance (strangely, the arguing seemed to stop among us children as well).

After a time, my Nanny would slowly pull off her hand stitched mittens. The words she had said so many times, still held a resounding tone of victory. “Supper’s Ready!” The simple statement was called out and passed to everyone like a hot bit of small town gossip. Within minutes kids were weaving their way past adults, to form “the line”. The youthful laughter, the ooh’s and ah’s filled the room as Nanny placed portions on our plates. There were always pleas for more and declarations of chores accomplished to justify the requests. Voices young and old blended together in a culinary symphony.

The grownups (and the babies) sat at the dining table and at the back porch counters. I always felt a bit envious. There were too many grandchildren for us to all have chairs. We were left to our own devices on finding a suitable spot. The best way to achieve success, was to plan early and move fast! But the lamentations of not having a chair, soon ended. The marvelous smells and wonderful sight of our portions pacified the youthful masses. Still there was talking…I cannot comprehend how we managed to eat at all, but we did. And with gusto! There seemed to be no better way to show our appreciation than to help clean the little red kitchen. The house sang with clattering dishes, the squeak of the water pump and the rattle of silver. I can even recall the dish towels and napkins, each with their own texture. Threadbare, they passed over worn surfaces like smooth silken fingers strumming a harp.

We, the cleanup brigade would get a kiss on the cheek from Nanny and a loving pat on the head. Done with a smile that shined like the sun and with eyes that rivaled the twinkle of all heaven’s stars. These memories are mine to hold and cherish. Their sweetness is greater than any dessert.

I so miss her. 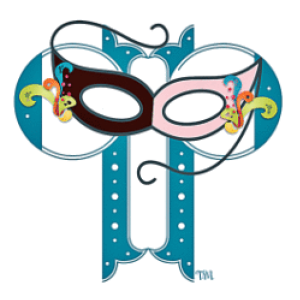